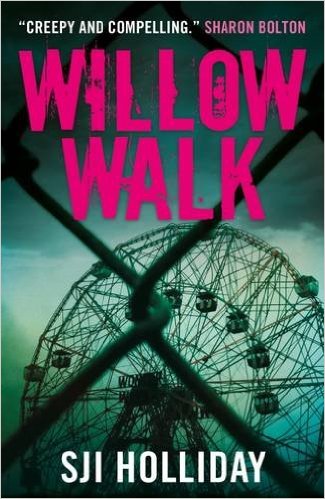 Following on from ‘Black Wood’ – ‘Willow Walk’ sees us back in the fictional Banktoun following Davie Gray investigating drug-related deaths amongst teenagers in the region for his colleague in CID – Malkie. Does Davie want to join CID at his age?

His private life overlaps this story in a big way when a woman is found badly wounded and Malkie thinks it’s someone Davie knows! When he goes to the hospital it turns out not to be the girl – Marie – that he’s been dating on and off, but they have a lot of similarities but one key identifier isn’t on the injured victim.

In parallel with this Marie is receiving letters from someone called Graeme. As the story unfolds we find out who the mystery letter writer is and when he turns up in Banktoun things get messy for Marie and for the rest of community especially in the location of the book’s title.

Overlapping all this is Laura from the first story – one of Davie’s karate students and her escapades with a boy – a rite of passage for her, leading to her playing a part in the conclusion of the mystery letter-writer – when it all goes to mayhem.

I wont say anymore about the plot as I will spoil it.

I was, I must admit, initially, a little dissapointed that not all of the main characters from Black Wood were featured but as Davie is the copper in the mix he is central to Willow Walk even more than he was in Black Wood. This makes Willow Walk a standalone if you haven’t read Black Wood, but my followers will know I like to read in order.

This is another excellently written page-turner from Susi. A true nail-biter.

I’d read the first in a matter of days despite having a day job and read this one in a similar time frame, consuming hundreds of pages sometimes in one sitting. That speaks volumes for me about the fluid way in which the narrative flows, alternating between Davie and Marie and ‘the letters’ she receives. The letters that keep appearing in the novel add to the ultimate creepiness of this story.

I highly recommend this chilling novel – it has suspense, thrills and it gave me the creeps. A thoroughly good read. 5 Stars for Willow Walk

Willow Walk – as I said in a recent post on social media “if it’s half as good as Black Wood we’re in for a treat”.

watch out for the Blog Tour in June for the paperback release. In the meantime this is now out on ebook at the following page (if you’re not already there of course.)

Black Wood is also on eBook, Print and Audio Download too!

Moving to the north, in fact, Scotland and Banktoun a small, close-knit community where everyone appears to know everyone else and this is fueled by the town gossip monger Bridie.

I read this having received a review copy of Willow Walk (my thanks to Laura at B&W) which I am now reading in earnest to follow the lives of the characters from Black Wood.

I have to add this isn’t my normal reading as I tend to do police procedurals so approached it with some reticence but it had me gripped and my first session got me well past page 100 as I just couldn’t put it down and ended up on the settee into the early hours. 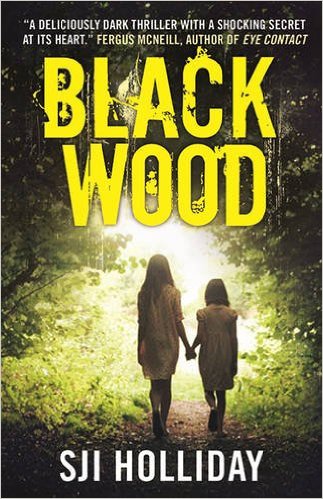 There are a lot of mysteries in this excellent thriller that kept me gripped and reading – I completed it in less than a week which is a challenge sometimes with my other commitments.

Why is Claire in a wheelchair?

Why is Jo on medication?

Who is Jake? Why is he so devoted to Claire?

Why does Scott split up with Jo which forces her to move out and into her friend Craig’s flat ?

Why does she then run off to her late grandmother’s cottage – Black Wood?

Who is the stranger that comes into the bookshop where Jo works?

Why do the locals think a witch lived in Black Wood cottage?

Then there’s Pete who see’s things from his house but his father doesn’t want him to talk to Davie Gray.

Davie Gray – the local police sergeant influenced by ‘mod’ culture who rides a motor scooter when he’s not in a panda car. He’s troubled by the threat of closure of his police station now that Police Scotland has been formed and there are rationalization plans all over. In addition to this someone is frightening girls down at ‘The Track’ a place where the teenagers go for illicit drinking, smoking weed and dalliances.

Jo thinks she knows the stranger and is determined to find out who he is and what he is up to?

We also see the story from Davie’s perspective too as he struggles to deal with the many facets of this excellent read.

Susie’s (SJI) great novel is the first of the Banktoun trilogy and I think deals with people’s interpersonal relationships and feelings and fears in a sympathetic way.

I very much enjoyed this read and the way that the plot and mystery are maintained is refreshing!The events of the book are played out in a very clever way swapping backward to times when Jo and Claire were themselves teenagers and the strong narrative introduces a ‘boy’ in the past as we see the story from his perspective and also from Claire’s and Jo’s at different stages in the story. The main character, however, is Jo and we see most of  the current day events from her angle. It’s a very complex plot that weaves between different people and the past and present. It’ll keep you on your toes throughout.

I can’t recommend Black Wood enough as it sets the scene for the trilogy but it’s also an excellent stand-alone thriller.

watch out for the follow-up but in the meantime, there’s a Davie Gray short story available free from the following link Wrack Line 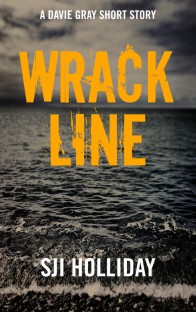 Willow Walk – as I said in a recent post on social media “if it’s half as good as Black Wood we’re in for a treat”.

watch out for the Blog Tour!