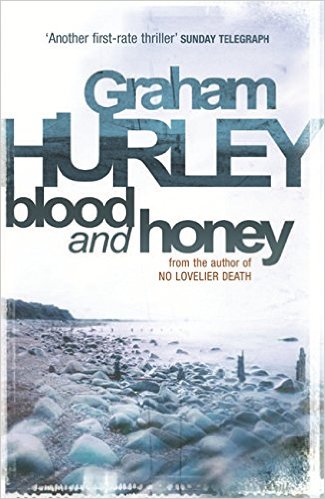 Another exciting page in the continuing Portsmouth Procedurals with Faraday and Winter and more Jimmy Suttle.

I read this one, not a mean feat at 500+ pages, in a few days. Whilst this time last year I was struggling to find time and brain space to read I am now still travelling and working away but this now gives me the time to consume books at an increasing rate. In fact I am on no. 24 of 25 of my annual Goodreads challenge. I thought I’d set the bar quite high after only managing 20 at a push in 2015. I think I am reading faster into the bargain.

I read on Graham’s web page that his wife keeps ‘the charts’. I can only imagine these are extensive because the plot in each book always refers backwards to previous episodes.

The book of the blog. 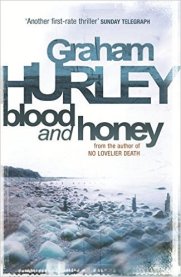 In this one we get a glimpse of how Winter is coping with his life changing event from a previous book but he will never really change his ways. Eadie, Joe’s most recent squeeze is out of the picture in this book, and J.J. doesn’t figure much either, but Joe does almost get involved with another woman with a thread from Angels Passing coming across his bows.

This one isn’t about Bazza Mackenzie, either, for a change. After the previous attempt to bring down his empire, we’ve moved on to a headless body at a bird watching site on the Isle of Wight, where in fact most of the action takes place with Joe as SIO and Willard putting on the pressure.

Meanwhile, working for Cathy Lamb on the crime squad, Paul and Jimmy are after a local business man called Wishart, after nicking a well known defence solicitor for possession and another guy for living on immoral earnings. Paul gets more than he bargained for out of the deal in the book and ends up with a nasty headache but a great new piece of skirt on his hands; she can be a headache too!

Joe is after a former squaddie for the headless dead body but they dont know who it is which makes pinning it down even harder. Helping Joe with this one is Tracey Barber, down on placement from London, she has a background in Special Branch which ties in nicely with the main plot. There are big references in this book to Bosnia which is where the main target has his allegiances and it appears also got a young and vulnerable ‘wife’.

What makes the story spin is the target runs lodgings and a care home on the island where a missing man had an argument with the owner. The missing man, not seen for months, seems to tie in with the body that is bloated and apparently chewed by sea creatures so not easily identifiable especially without a head. He had been visiting his ‘nan’ in the home but she’s unreliable because she has dementia.

It’s a big book as I said but very enjoyable, very easy to read and I am on to the next one already called One Under.

As you know if you read my blogs I dont like to give anything away about the outcomes of books. I love all the local references which make these books very special to me.

I give it 5 stars because it flows, keeps you gripped whilst it leads you all over the place. The climax is good and whilst again a study of some political history with the backstory of UN peacekeeper forces in Bosnia.

In my last blog I was in catch-up on Graham Hurley’s Portsmouth Police Procedurals featuring DI Joe Faraday and also dipping into the continuation of these in the Jimmy Suttle series set in the West Country. I have now read no. 5 called “Cut to Black”I raved in my blog about the procedural narrative,  the lives of the coppers and their personal battles, and the use of the back-drop of Portsmouth as an added bonus for me living in the area where most of the crimes are perpetrated, the police and perpetrators live. The nastiness of the crimes in some of these cases has me now looking over my shoulder for Bazza’s mates, wondering if the lad with the hoodie loitering by the bike-rack at the station is up to no-good! The site of an unmarked Ford Fiesta parked at the side of the road with two dodgy looking blokes sitting there could be a couple of Kingston Crescent DCs watching an address or someone in particular. The sound of a siren, usually a head-turner anyway, now has my imagination fired-up even more.

The book of the blog

Cut to Black follows the continuing exploits of Faraday and Winter.

Faraday is still in Major Crimes and gets appointed to take over a covert operation to bring down the aforementioned crime-boss in Pompey  “Bazza”  who has almost completely separated himself from being  ‘a mush from Copnor’ ; from his away football fan roots in the notorious and violent ‘6:57;’ his evolution into drug-dealing, the foundation of his fortune, and then his move to appear legitimate by setting-up businesses and buying property to help him wash his dirty money. Joe’s appointment is a result of one his colleagues being seriously injured in a hit and run accident. J.J., Joe’s son is now making serious documentary video’s with Joe’s now girlfriend Eadie Sykes and this leads to some trouble for both father and son and a conflict of interest!

Meanwhile Winter is now part of a crime-squad aimed at proactive policing – their task is to try run out of town some drug dealing ‘scousers’ who are treading on Bazza’s toes. Paul is partnered with Jimmy Suttle in this story and he learns some valuable lessons from Winter with hindsight.

This novel also has a lot of political ooomph as it’s set in March 2003 during the invasion by the US and UK of Iraq and the toppling of Sadam Hussein. I found this weird timing – I started reading this book just after the Chilcott report was published. The novel for me wasn’t so much about crime but about the people involved in it and how far their web can be spun. It’s about drug culture and the potential the money coming from that has for changing the economic fortune of an area.

PS Blood and Honey, no 6 is already dispatched from Amazon